Casper Ruud was rock solid on Thursday as he knocked out sixth seed Fabio Fognini 6-3, 6-3 in 67 minutes for a place in the Hamburg European Open semi-finals.

The 21-year-old Norwegian, who advanced to his first ATP Masters 1000 semi-final last week at the Internazionali BNL d’Italia (l. to Djokovic), is now 19-8 on the season, which includes winning the Argentina Open crown in February. He will now prepare to face France’s Ugo Humbert on Friday.

Ruud, competing at a career-high No. 30 in the FedEx ATP Rankings, got Fognini on the run throughout the first set, which turned in the eighth game when Fognini make two forehand errors in a row. Ruud completed the 29-minute set when his Italian opponent hit a backhand return into the net and the Norwegian immediately dominated the first four games of the second set.

Fognini sparked into life and recovered to 3-4, but Ruud tightened up his service placement to maintain a single-break cushion. The match ended when Fognini hit his first double fault. 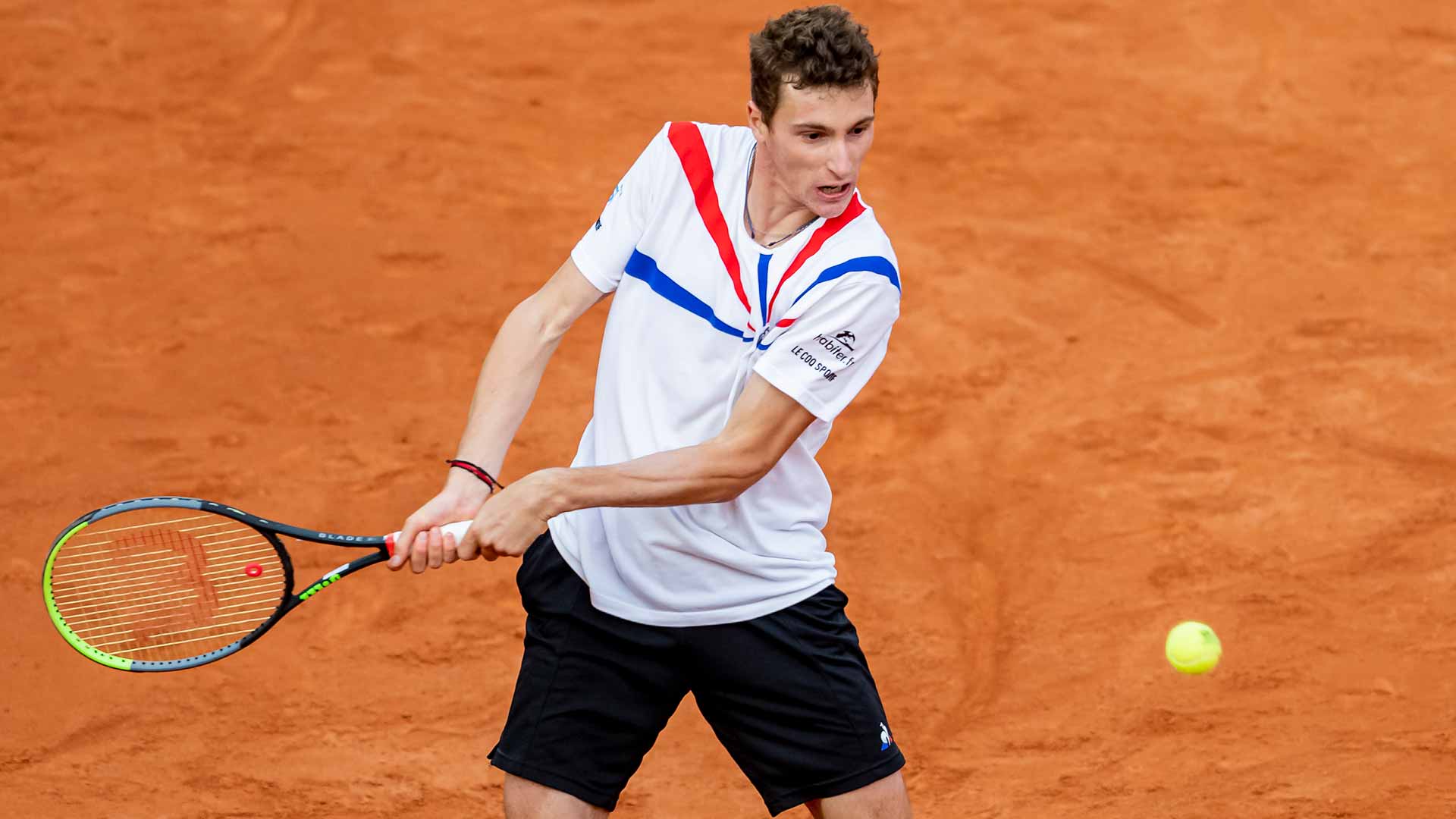 Earlier in the day, Humbert proved that his first-round victory over Daniil Medvedev was no fluke, when the Frenchman backed it up with a 6-4, 6-3 victory over qualifier Jiri Vesely.

Humbert, who is currently at a career-high World No. 41, struck 24 winners in the one-hour and 45-minute encounter at the AM Rothenbaum and now has a 5-3 record since the resumption of the ATP Tour last month.

After an early exchange of breaks, little separated Humbert and Vesely, who ultimately faded in the final three points of the 50-minute first set, which ended with the Czech striking a backhand in the net.

Humbert, who hit 14 winners in the opener, saved two break points in the first game of the second set, then defended valiantly in the next game, only to break for a 2-0 advantage with a crosscourt forehand winner. From 4-4 in the first set, Humbert stepped up and won five straight games.

Pumped up, Humbert came within a point of a 5-1 lead, but errors proved costly and Vesely found his way back to 3-4. Humbert broke for a third time, in the next game, when Vesely twice had the opportunity to strike a clean winner at 30/40. Humbert needed no second invitation and closed out his 15th victory of 2020, which began in January with his first ATP Tour title at the ASB Classic in Auckland (d. Paire).

This year, Humbert has also reached the Delray Beach Open by VITACOST.com semi-finals (l. to Nishioka), the New York Open quarter-finals and last week’s Internazionali BNL d’Italia third round (l. to Shapovalov). Humbert beat Fognini 7-5, 7-6(4) in the Rome second round.

The impact of World Vale Tudo Championships and Frederico Lapenda

UFC 254 bonuses: Khabib earns 'Performance of the Night' in final...