Whatever the sport, there are those who changed the game and here, talksport.com looks at those pioneering men and women every week like the man who helped Beckham bend it like… Beckham.

“When you’re a pioneer you usually end up with arrows in your back.”

Craig Johnston wasn’t everyone’s definition of a footballer and he admits that, mentally, he was never made to be one.

Younger fans may not be too familiar with Johnston the player, but they will be well aware of the Predators, the footwear that was once a must-have for every kid on the playground.

Launched in 1994, it became synonymous with David Beckham and Zinedine Zidane and are memorable for costing more than £100.

The idea for the revolutionary design came to Johnston when he was coaching a group of young children in his native Australia about how best to get spin on the ball when striking it.

“I told them you need to brush past the ball like a table tennis bat,” he told talkSPORT before getting his eureka moment.

“One kid said ‘that’s fine Mr Johnston, but our boots are made of leather and not rubber, plus its raining so the leather is slipping.’

He raced home after the session and ripped the rubber off a table tennis bat and wrapped it around his boots with an elastic band.

“I went back out in the rain and kicked the ball which is polyurethane and you could hear the squeak as the rubber engaged with the side of the ball.” Bingo.

Some tinkering later and he had a prototype – now he had to convince people he had something, which was tricky.

The big boys – including adidas – rejected him, so he headed to snowy Munich to plead with three of the game’s biggest stars for help.

“I knew it worked and thought I needed to go and see some adidas players, so I went to see [Bayern Munich players] Franz Beckenbauer, Karl-Heinz Rummingge and Paul Breitner and took my video camera and asked them to help.

“I said I’ve spent all this money, everybody hates me, so please, as an ex-footballer, just try these on and tell me what you think.

“So I filmed them – it was probably minus 10 – and took it to adidas and ended up getting a contract from these guys who flicked me off before.”

He still doesn’t know what the players said in the video, but it worked, while a man called Simon Skirrow came up with the idea for the name.

Not bad for a man Jack Charlton said was the worst player he’d ever seen and who almost had his leg amputated in childhood.

“My mother actually signed the amputation order to have my leg removed because it was that bad,” he told Four Four Two. “Osteomylitis is like polio – it rots the bone. You’ve got to have it off so that the infection doesn’t spread.”

He survived, but lost eight months of his life, so he was hardly going to be put off by Charlton, his Middlesbrough boss’ view that he was a few stubbies short of a six pack.

Johnston worked tirelessly to prove himself having arrived in the north east at 15 years old for a trial, eventually breaking into the first team a few years later in 1978 and then earning a £570,000 move to Liverpool in 1981 by the time he was 20.

At Anfield he scored 40 goals in 271 games, winning the double in the 1984/85 season, scoring in the FA Cup final and was loved by fans for his tireless work-rate.

“I’d run around like a f***ing lunatic and that is because I used to love doing that as a kid, not having been able to do that for so long when I was five [and in hospital]. So I actually made a career out of running around and making a nuisance of myself.”

But he quit football altogether in 1988 at the age of 27 to return to Australia and look after his sister, who suffered brain damage in an accident on holiday and needed care, which meant Johnston needed a new career.

After football, Johnston’s mind turned out some unique creations…

Predator – one of football’s most iconic boots

He struck gold by creating The Main Event, a successful Aussie game show and the money he made from that subsequently helped him slide into the world of boot manufacturing.

So if as a kid you were able to bend it like Beckham, or control it like Zidane then you had one pony-tailed Australian to thank.

Actually, Jonny Wilkinson was wearing adidas in Sydney when he placed the ball between the posts as England beat Australia in 2003…

How Johnston helped at Hillsborough 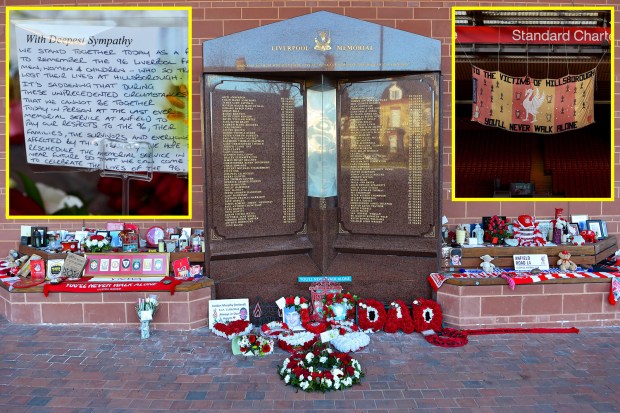 Johnston was surfing at Palm Beach in 1989 when he heard about the Hillsborough disaster unfolding in which 96 Liverpool fans lost their lives. Writing in the Australian Telegraph he recalled jumping on a plane and heading to a Sheffield hospital where many people lay in comas – a scene he was sadly all too familiar with

“I knew the process of sitting by [sister] Faye’s bed, talking to her to try to lift her from the coma.

“I used to bring her baby daughter in and pinch her so Faye could hear the sound of her girl crying. So with the Hillsborough victims, I tried to find out their favourite player and have a tape made up by that player to play on the ward.

“After a few weeks I felt like I’d done what I could, so I went in to see Kenny Dalglish. He reached into his drawer, and told me that in all the rush to leave the year before, I’d left behind my league championship winners’ medal.

All my other memorabilia I’d already asked my wife to give to the Liverpool supporters club in Sydney, who auctioned it. They made around $100,000 for the Hillsborough appeal. There was one guy who bought that surfboard I’d been on when I heard the news and he sent it to Liverpool.”

Dodgers: Corey Seager’s Incredible October Run Was One for the Ages