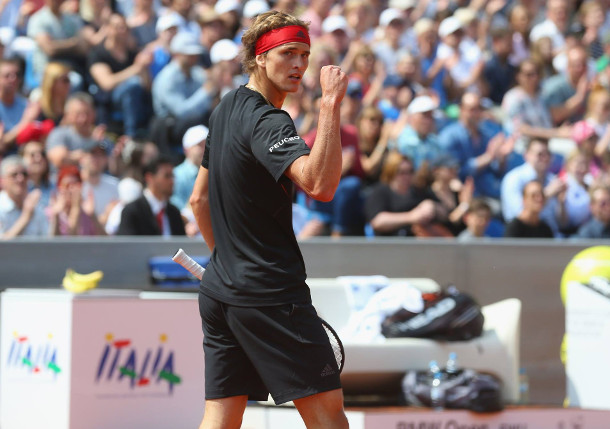 Alexander Zverev has spoken out in favor of playing tournaments without spectators. Whatever it takes to put the tour back in business again says the 22-year-old World No.7.

“Obviously, we players like above all like playing in full stadiums, but in this unprecedented crisis, the best news would be to watch matches in front of the television set,” he told the German website Bild Sport. “It would do enormous good to all fans.”

Whether or not to play without spectators is a hot topic of debate at the moment, especially after USTA CEO Michael Dowse said that the US Open believes that playing without fans is currently a “highly unlikely” scenario. Wimbledon, the first Grand Slam to become an official casualty of the Coronavirus, had similar trepidations and elected to eliminate the uncertainty and cancel on April 1.

Wimbledon stands as the first Grand Slam tennis event to be cancelled since 1945.

Zverev hopes that the US Open and Roland Garros see things differently when all is said and done.

“It’s better than simply canceling the season,” he said. “This is why I advocate playing just for TV until the health crisis allows normal conditions to be restored.”

Zverev says there is a lot of enthusiasm among his peers on tour to get the tour moving again, in any capacity.

“People will be so impatient to see tennis again that they will look forward to watching matches without an audience,” he said. “The only problem I see concerns especially the travel for the players who are almost all by plane.”

And the German says that two majors played in five weeks time, as they are currently scheduled, is better than no majors at all.

“At first glance, it’s pretty bizarre to imagine playing two Grand Slams in such a short time, but if that were to be the case, all players would be satisfied to take part in this double deadline,” he said. “Having the opportunity to play two more major tournaments this year has become something to cheer about after receiving a lot of bad news with lots of canceled or delayed tournaments. “

The Great Equaliser At Roland Garros: The Weather | ATP Tour

The Great Equaliser At Roland Garros: The Weather | ATP Tour

Leeds target informs current club that he wants to stay and...